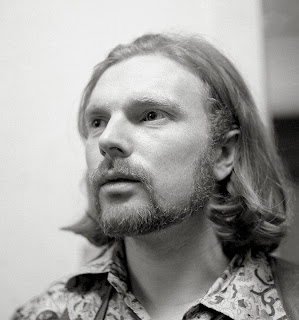 Author Greil Marcus, one of Astral Weeks' most distinguished and ardent supporters, once discussed the album's power to transcend its era. While teaching at Princeton University, Marcus handed out questionnaires, asking his class to list their favorite books, movies, and albums. Of his 15 students, four selected Astral Weeks.

From a 2010 interview with Marcus regarding his book, When That Rough God Goes Riding: Listening to Van Morrison: "Now these are people who were born in the late eighties, twenty years after the album had been released. It's conceivable their parents weren't even born when the album was released. And yet this album had found them, or they found their way to it."

Of course, Marcus' evidence of Astral Weeks' cross-generational allure is purely anecdotal. However, it's not too far-fetched to contend that a particular subset of today's teenagers and 20-somethings are devotees to the album, simply because the Internet has allowed music listeners, adolescent and aged, to enormously expand their palettes and become easier acquainted with artists from formerly out-of-reach time periods, genres, cultures, and so forth.

What I'm curious about is how young audiences initially react to Astral Weeks or more specifically, what they think about the sheer density of its content. During my first listening experiences I found the album to be near impenetrable, both sonically and lyrically (gee whiz, more anecdotal evidence?). Astral Weeks was a tightly-guarded fortress; no matter how many times I assailed its walls, I could never reach its heart. Growing up, my exposure to Van Morrison was restricted to my parents' playlists, which leaned heavily on radio staples, Into the Music, and scattered offerings from his '90s oeuvre. I couldn't believe Morrison was capable of such startling—yet mildly bewildering—complexity.

So what do young audiences think? I pose this question because of what I've been told regarding the behavior of Millennials—those individuals born between (give or take a few years) 1980 and 2000. "Connected" does not begin to describe their life experiences; "hyper-connected" is more apt. They are early adopters of new technologies and passionate users of texting, emailing, and social networking. They are characterized as having short attention spans, relentless preoccupations with multi-tasking, and exhaustive appetites for information. One story I read humorously diagnosed Millennials with AOADD: Always-On Attention Deficit Disorder.

Wall Street Journal critic Terry Teachout wrote about how modern theater would benefit from a more improved effort to win and sustain audience attention: "The leisurely expositions of yesteryear, it turns out, aren't necessary: You can count on contemporary audiences to get the point and see where you're headed, and they don't want to wait around for you to catch up with them." Could the same be written about music that's uncompromising and challenging? About Morrison and his nearly 10-minute long opus "Madame George"—or Astral Weeks' three other tracks that clock in at over seven minutes long?

Of course, this is all unfair. Characterizing an entire generation is eternally misguided. One also can't presume that Millennials approach art in much the same way they approach Facebook news feeds, posts on Tumblr, or Google search results. The Internet may have slightly eroded our ability to remain focused, but I like to believe it hasn't spoiled our appreciation for art, particularly that which tests our patience and stamina. Because ultimately, the payoff from such art brings the most satisfaction.
Posted by Unknown at 9:12 PM