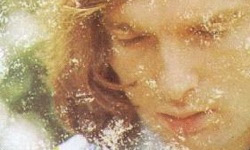 Mike Powell, who is one of my favorite music critics born during the compact disc era, recently launched a column named "Secondhands" for the popular music site Pitchfork. It examines, according to the introduction on the first "Secondhands" entry, "music of the past through a modern lens." Okay, so as far as mission statements go, that one's rather terse and ambiguous. When it comes to substance, however, Powell is anything but. The latest "Secondhands" piece covers Astral Weeks. Aside from an occasional bout of hyperbole ("Nobody who played on the sessions for Astral Weeks has anything nice to say about the experience") and a closing paragraph that feels tacked-on, the piece deftly illustrates why the album resonates with a particular subset of listeners (including Powell).

Audiences can appreciate this myth because they've probably experienced flashes of romantic single-mindedness, too. But it's also that life—in its variety and responsibilities—doesn't give us much room to be single-minded, and so we need to step sideways into the parallel universe of art, where we're allowed to feel those narrow teenage feelings for as long as the album lasts.

Powell's reference to a particular single-mindedness hints at what I feel is one of the principal reasons Astral Weeks is so extraordinary: There was a fascinating dichotomy at work during the album's three sessions. Even though lyrics flowed stream-of-conscious-like and the assembled musicians were instructed to play "whatever they felt like playing" (per drummer Connie Kay), Morrison was strictly devoted to a meticulously considered approach, aesthetic, and atmosphere. Astral Weeks is metamorphic, fluid, and loose—all because months of refining the material at his parents' home in Belfast and the Catacombs in Boston gave him a rather rigid and precise vision of how the album should sound. Astral Weeks is formless by virtue of its stringent form. (In typical Van Morrison fashion, the singer-songwriter later claimed that the finished Astral Weeks product didn't quite meet his expectations. "I didn't really get into it as much as I thought I would," he claimed. Also: "I was kind of restricted, because it wasn't really understood what I really wanted.")
Posted by Unknown at 6:09 PM