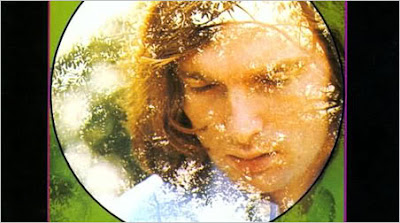 A decade ago, music writers began penning obituaries for the traditional album cover, citing its relegation to postage-stamp dimensions on mp3 players or its frequent total absence when a release was downloaded illicitly. This was the terminus for a gradually shrinking medium—the end point for a reduction that commenced when vinyl waned in popularity, and the 12-inch-by-12-inch canvases once used by artists and record companies gave way to the centimeters worth of tiny space offered by cassettes and compact discs. Album art, we were informed, was poised to become less creative, less conspicuous, more utilitarian, a mere label for the music product it was packaging. These requiems were a bit premature. Vinyl staged a bit of a rally. Meanwhile, music became instantaneous and ubiquitous, the sheer amount of musicians yearning to be heard seemingly infinite. And that means photography, typography, and graphics that are eye-catching to consumers—even when using that significantly miniaturized canvas—can still rank as crucial components of an release's success. What does the album cover's small revival in importance mean for Astral Weeks? Primarily this: Its rather second-rate artwork will continue to perpetuate the myth that Van Morrison functions as some sort of hippie troubadour, that the music of Astral Weeks is the ideal soundtrack to druggy experimentalism and cliched attempts at transcendence. It's a myth that's existed since the album's release 45 years ago. From Steve Turner's Too Late to Stop Now:

For many people at the time Astral Weeks perfectly articulated the experience of the acid trip, with its invocation to be born again and its subsequent journey through layers of childhood experience in flashback sequences. It became one of the essential albums for travelers on the "hippie trail" from Europe through to Kathmandu, and there were even reports of vans painted in psychedelic colours being renamed "the Van Morrison."

If you're reading this blog, you're certainly familiar with the album's cover, and the hallucinatory and gauzy—yet at the same time, hackneyed—vibe it emits. The photo, as well as the absurd poem printed on the insert, was intended to compliment the album's themes of otherworldliness, nostalgia, youthful passion, devotion to place, etc. Instead, the art feels embarrassingly unimaginative, slightly anachronistic, even off-putting (all that green and black; ick)—essentially everything that is the antithesis of Astral Weeks. When Morrison's lifted-from-an-adolescent-diary poetry isn't eliciting a giggle ("When I got back it was like a dream come true"), it has you scouring the Internet for lewd jokes ("Loved you there and then, and now like a sheep"). In the photo, a disoriented-looking Morrison stares downward, possibly at his hands or his shoes or his acoustic guitar (or a sheep). And have I mentioned the green-and-black color scheme? Warner Bros. did have good intentions when it was developing the album's artwork. The photograph was snapped by Joel Brodsky, a notable New York photographer credited with shooting the hard-to-imagine total of 400 album covers. Interestingly, Brodsky photographed a number of moderately successful bluesmen—Buddy Guy, Otis Spann, John Lee Hooker, and Junior Wells, to name a few—a fact that would have certainly thrilled the blues-obsessed Morrison. His more well-known clientele included Joan Baez, Kiss, the Stooges, and the MC5. And oh yes, he also did this photograph, a staple of any white male college student's dorm room. There is certainly worse album art in the Morrison discography. And when one considers the packaging of other iconic albums from the late '60s, Astral Weeks' faults don't appear so egregious. There's also this: The release's eight tracks transcend its packaging. As avid listeners can attest, spend a bit of quality time with Astral Weeks and you eventually recognize that the hippie troubadour/experimentalism/drug motifs cited above are misguided at best, disingenuous at worst.
Posted by Unknown at 8:02 PM