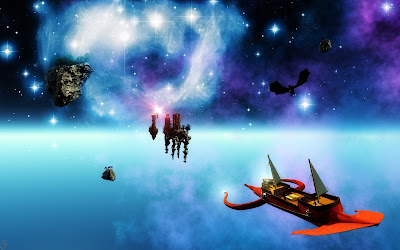 Those individuals with starring roles in the Astral Weeks story generally made their influence felt during the album's gestation period and later birth: producer Lewis Merenstein, who assembled Van Morrison's legendary backing talent; Berklee School of Music students Tom Kielbania and John Payne, who collaborated with Morrison and aided him in bringing precious purity to his misty early versions of Astral Weeks' compositions; Richard Davis, whose potent basslines are like the first quick, decisive strokes a painter makes upon a canvas.

Then there's those who had bit parts in the story, persons who made an impact that was more subtle and removed. Like Cecil McCartney, a bloviating, quirky Belfast School of Art student who Morrison chummed around with during the summer of 1966. McCartney—described as "Belfast's answer to Andy Warhol" and "the original space cadet" (those may have been his own words)—had a catalog of passions that allegedly awed Morrison: astrology, alchemy, vegetarianism, Buddhism, meditation. ("I was one of the first intellectual, thinking people that he [Van] met," McCartney bragged.)

At McCartney's personal studio in Bangor, Morrison was so impressed with one of the art student's paintings it inspired the title of the album on which he reached his creative pinnacle. "Van looked at the painting and it suggested astral travelling to him," McCartney remembered. "I don't think I went into very deep explanations as to what the paintings were about. Most of my paintings at that time, the misty stuff, was based on atmospheric effects like Turner would have painted, but it was also very heavy, biological, metaphoric shapes ... Probably the influence of psychedelia, although I didn't use psychedelic drugs. I was on a natural high."
Posted by Unknown at 8:33 PM