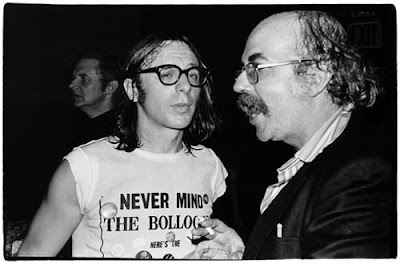 A lot of albums ring Robert Christgau's chimes, but Astral Weeks is apparently not one of them. The self-dubbed "Dean of American Rock Critics" confessed to his Astral-induced apathy during a 2002 exchange that's quoted below. Christgau, then in the twilight of his three-decade-plus stint as editor of the Village Voice, volunteered time out of his promo album-devoted life to answer emails from friends and enemies. The Q&A was featured on Scott Woods' RockCritics.com web site:

Back in 1977 you wrote a Consumer Guide discussing the albums of 1967. Would you ever consider doing a similar column on 1968? Of particular interest would be your thoughts on The White Album and Van Morrison's Astral Weeks, two notorious critics favorites conspicuously absent from the rock library lists in your Consumer Guide books.

As I keep saying, lists are work, Jack. If somebody offered me enough money, I can imagine undertaking such freelance tasks. But I doubt they will, and I have plenty of other projects to keep me busy. I like The White Album, but it's too McCartneyesque to be a favorite, and have never cottoned to Astral Weeks.