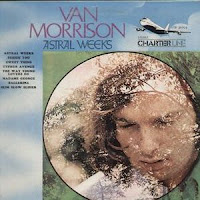 Mendelsohn: I'm not saying it doesn't deserve the accolades, but Astral Weeks (and I feel a bit silly saying this) may be the least accessible record we've talked about thus far ... Astral Weeks is a rambling record with a heavy jazz influence, lyrics that rival beat poets, and the average track goes on for seven minutes. It's no wonder no one cared when it came out.

Klinger: See, now this is one of those times where you and I can say the exact same sentence and mean the exact opposite. After all, Astral Weeks is a rambling record with a heavy jazz influence, lyrics that rival beat poets—and the average track goes on for seven minutes! What's not to love?