Just as charming as he was grotesque 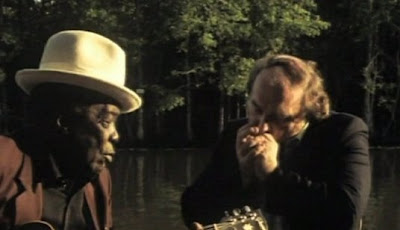 A Van Morrison character study shouldn't concentrate on the two sides to his personality (because it's a particular type of charm we all possess, no?), but the idea that the gulf between those two sides is so voluminous it could swallow Ireland entire. With Morrison, the severe and contrasting aspects of his personality elicit one of the following two responses from those in his presence: He is either categorized as being "dual-natured" or branded a caustic, cruel arsehole of the highest degree. The former is an attempt to use profound language to mask the ugliness of Morrison's character. The latter is ... Also an attempt to use profound language to mask the ugliness of Morrison's character. Morrison's ability to leap from one side to the other so effortlessly is quite stunning. Such as during the late summer of 1964, when Morrison and Them were gigging in anticipation of their forthcoming first single, "Don't Start Crying Now." Behold, the arseholish Morrison, who during a show in Cookstown, Co. Tyrone, a center for the Northern Irish pork industry, responded to pennies being hurled at him and the band with an emphatic, "Goodnight, pigs!" The words touched off a near riot and Them were police escorted from the town. But Morrison could be just as charming as he was grotesque. That summer, Them's touring schedule found the band staying at the Aaland Hotel in London, which at the time was also accommodating American bluesmen Little Walter and John Lee Hooker. The moon-eyed Morrison prostrated himself before them. He was their meek, too-eager-to-please errand boy, fetching Chinese food for Little Walter in the hope that the harmonica legend would give him a pointer or three. Interestingly, despite all the boot-licking behavior on Morrison's part, Hooker took a real shine to the young Irishman, and the two struck up a decades-long friendship that found them appearing on one another's albums (for example, Hooker's 1973 record, Born In Mississippi, Raised Up In Tennessee, and Morrison's 1994 live release, A Night in San Francisco) and performing together in concert. Morrison has cut a number of duets throughout his career; 1993's "Wasted Years" with Hooker is my favorite.
Posted by Unknown at 10:26 AM