“Anyone who isn't us is our enemy" 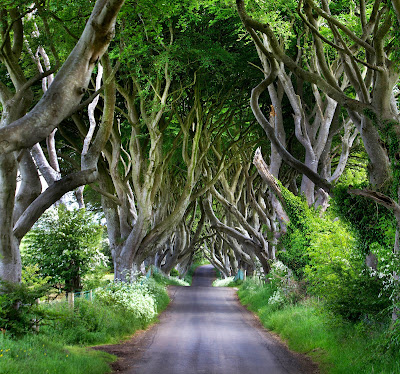 This lengthy New York Times piece opens with details on Northern Ireland's growing appeal to zealous followers of HBO's "Game of Thrones." Northern Irish locations have made up the bulk of filming locations during the series' three seasons, spurring fans to visit the lush glens and rocky beaches that became the imaginary land of Westeros.

The highlight of the story is supplied by a Northern Irish tour guided named David McAnirn, whose quote brilliantly captures the utter tragedy of the Six Counties' strife-torn past while hinting at the potential of a bright and peaceful (and tourist-heavy) future. "For most of my life I was in a film set," McAnirn said. "And it was a horror movie."
Posted by Unknown at 12:29 PM