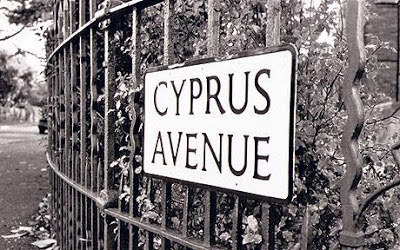 The fans are composing personal dispatches. Fans of a certain eight-track, 46-minute album; not fans of our infrequently visited headquarters here. This from Jonathan Bernstein, who expounded a bit on the obsessive loyalty Astral Weeks frequently inspires.

I've been listening to Astral Weeks (on and off, consistently, like you say) for about seven years, since I was, roughly, a junior in high school. I think your blanket statement is quite right: it's a very tough album to be a casual, distanced fan of, and I think you could argue that any casual fan of the record has perhaps never really heard the record, has never dove in and spent a few hours, days, weeks, decades, with the record, like so many of its obsessives have. Astral Weeks is too strange, too full of bleeding hurt to be a casual fan of. It's the type of record where if one of the songs come on when you're at a party, or in your car with friends, or in general with other non-obsessives, it makes you (or at least me) anxious: how is anyone else able to carry on with conversation while "Madame George" is walking around Cyprus Avenue? And so, it's a very personal record for me, and I'd imagine for many or most others. At the risk of cliche, I keep returning to the record because I've never heard anything else like it, because when I was a high school kid, the record opened as many, perhaps more, doors for me than any other. I had no idea what was going on in most of the songs (still don't), but Van's singing, and the cryptic stories he was telling, and the incredible, twisted backing band playing on the record, it was all I needed at 16. I remember walking to school on my own little tree-lined Cyprus Avenue with my headphones, blaring the title track (my walk to school usually lasted the duration of the song) and feeling like I had been given this great big secret no one else had access to. Astral Weeks has that effect on you, you never stop chasing it, or at least I haven't. I took a bus to Washington, D.C., during a college summer break to see Van play the record in full, and I remember walking out of Constitution Hall with that same feeling, like the world had just been briefly ripped open and made more alive. I chased Astral Weeks a few years later as well, when I visited a few friends studying abroad in Belfast and made them spend an afternoon taking a bus to East Belfast to see Van's old haunts. I walked around Cyprus Avenue for a while, perhaps looking for some divine answer as to how this record could have ever possibly been created. Instead, I just got a pretty suburban tree-lined street. I'm looking forward to the next place this album one day takes me.