"I'm a working man in my prime cleaning windows" 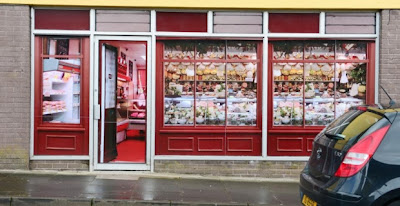 I doubt I will generally get this topical here, but upon reading this story I instantly thought of Van Morrison's 1982 track "Cleaning Windows." This is so shameful you almost have to snicker.


Hundreds of thousands of pounds have been spent on a Fermanagh facelift as the county prepares for the G8 summit in just under three weeks’ time, but locals complain the work paid for by the local council and the Stormont Executive is little more than skin deep.

Two shops in Belcoo, right on the border with Blacklion, Co Cavan, have been painted over to appear as thriving businesses. The reality, as in other parts of the county, is rather more stark.

Just a few weeks ago, Flanagan's – a former butcher's and vegetable shop in the neat village – was cleaned and repainted with bespoke images of a thriving business placed in the windows. Any G8 delegate passing on the way to discuss global capitalism would easily be fooled into thinking that all is well with the free-market system in Fermanagh. But, the facts are different.